Program Topic: Women in the Lead

Brig. Gen. Kristin Goodwin will speak on the development of Space Force here in Colorado Springs, its importance to the economy, and how she got to be in a top position leading the newly formed Space Force. 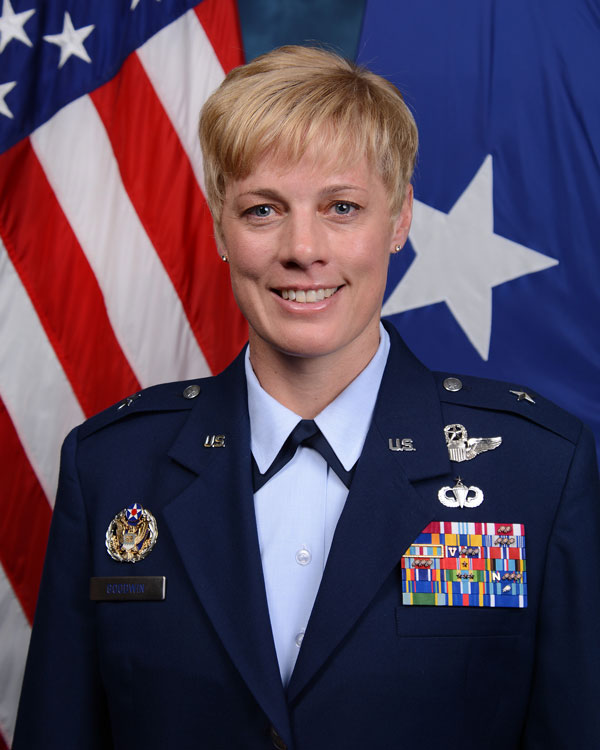 Brig. Gen. Kristin Goodwin
Brig. Gen. Goodwin is the principal advisor to the Headquarters U.S. Space Force deputy commander, who is responsible for the transition from Air Force Space Command to the new United States Space Force Field Command–Space Operations Command. Prior to assuming her current position, she was the Commandant of Cadets at the United States Air Force Academy. She served many years developing strategic concepts, theater engagement planning with regional leaders and annual congressional testimony, and political advisement in the Pacific region.